How To Increase Your Android App Ratings

How To Increase Your Android App Ratings

Android app ratings and reviews: we love them, and we fear them. At times, it can feel that users only bother with them to complain. Sure, we like to hear about the issues in our apps so we can improve them, but a little love would be nice too!

There is a simple trick to increase your Android app ratings, but it needs to be deployed with care.

Is your app ready for higher ratings?

Overall, the foremost requirement to get higher ratings is to have a good app. If your app doesn’t do what users expect it to do, improve your app rather than obsess about your ratings. So, before reading on, ask yourself: are you proud of your app? 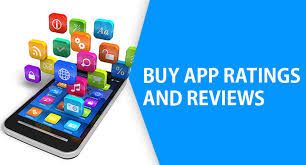 Why don’t users tell you they love your app?

From your analytics (No analytics? Check out The analytics checklist: what to measure and look for ), you know your app has 1,000 weekly active users. You know you have 2,000 users who have been using the app for more than 6 months. Yet, you have a small number of ratings (eg 80 ratings for 10, 000 downloads), and the average is a bit low (eg 3.5).

How to increase your android app reviews and  ratings

The right moment is very important. It needs to be after a user has completed a “positive event”. A “positive event” depends on the app of course. For example, it could be making a booking, emptying a busy inbox, completing a level in a game, or reading through a whole article.

Generally, we aim for 5 positive events, and we only ever prompt the user once. Based on several apps where we have implemented this, about 8-10% of prompted users tap on the button to get to the store, but only half of those actually leave a rating, meaning 4-5% of prompted users leave a rating (and about a fifth leave a review as well). The majority of those users leave a 5 stars rating, and the rest leave a 4 stars rating. We have seen apps with a rating of 3.2 going up a full point to 4.2 in about 5 weeks, without any other change in the app.

The benefit of Buying App Ratings for Android definitely outdoes the risks. It is also common knowledge that most of the population in the world use devices which are Android. Therefore, investing in Android App Ratings is a choice one can definitely make.