The world of technology is evolving by the day. It seems that we will never get over smartphones. And everyday, we have a new update and somewhere in the world, a new app gets launched. There are millions of users who flock their phone’s app stores looking for some app or the other. Most of the times, they search with the help of keywords rather than using a specific app name. This is when the confusion begins. With too many apps, a lot of users get confused whether or not to go with the first app they see or scroll for more. Most of the users choose to go with the first app they see. Thousands of app in a single category that are waiting to be downloaded, it definitely gets confusing.

When you choose to go with an App Store optimization agency, your app has a higher chance of getting recognised and ranking higher than it does. It not only helps you climb the ranking ladder, but works to turn potential users into full time users. ASO is a great and successful way to improve your app’s visibility in the app stores of both Apple and google. These platforms use their own set of rules that the App Store optimization agency will keep in mind when working on either of the major platforms. A lot of people new to concept of App Store Optimization confuse it with Search Engine Optimization. While both the terms do have some similarities, they differ majorly. The main one being that ASO is for apps in your smartphone’s App Store and whereas SEO is for websites on the web. The same company that has both the website and app will need both SEO for their website and ASO for their app. 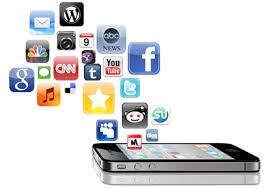 When you’re looking for an App Store optimisation agency, you need to keep in mind that ASO is a continuous process. It’s not something that you can work on today and forget about it next week. The use of ASO tools also plays a huge role in optimising your app. Aso works great for companies with a lot of competition around them. A lot of good apps get buried under other similar apps because there are too many apps in the same category that keep attracting more or less the same kind of users. To make sure that your app gets enough attention, your app needs to rank high enough for users to spot it. If your app is optimised with the help of ASO tools, it will be quick and easier. More views mean more downloads and more downloads mean your app will rank higher.

Searching for the perfect agency for your aso needs is not the difficult. But you need to be careful on selecting one that is consistent.